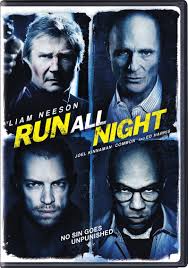 Aloha Movie fans around the world! The hottest review column on the Net is back, which means something worth my money, or so I thought, was at a theater near me finally. Next up, Run All Night.

Starring:  Liam Neeson, Common & Ed Harris and finally a bunch of people to be shot and get their butts kicked.

Plot:  A hit man who has pushed away everyone in his life has started trying to drink away the ghosts of those he has killed. He finds his bosses son about to kill his son and must choose a side. Now he has one night to clear up the issue with his boss or take out everyone who is trying to kill him and his son.

Why did I enjoy this movie?

Well that’s all I have for you this week, so until Furious 7 hits a theater near me on Friday.