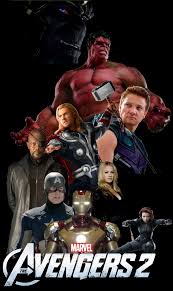 Aloha movie fans around the world? My first review of the summer is a couple of weeks late, but I did see it opening night! First up, Avengers 2: The Age of Ultron.

Plot: Iron Man, Tony Stark, has a plan to bring peace to the world by building an army of intelligent Robots designed to protect the world. But all does not go according to plan. Ultron, the newly created artificial intelligence peacekeeping program, has decided the world would be better off without the Avengers in it.

Why did I love this movie?